Hi Friends here we are presenting the TCS IT Wiz 2013 Nagpur Finals Questions.We have our sincere thanks and wishes to Dakshak Nagrale,  who  provided us the questions.

1. Which company recently acquired the popular site founded by Otis Chandler and his wife Elizabeth in 2007?
Ans:Amazon (acquired Goodreads)
2.What is this in the field of technology ? 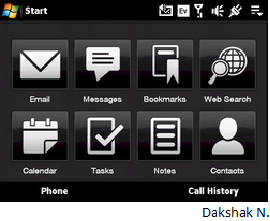 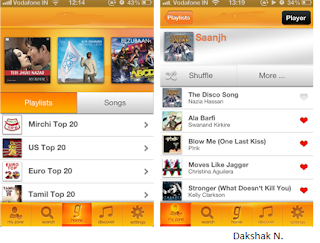 Ans:Gaana.com
5.Brian Acton and Jan Kaum are the founders behind this tech company. Name it.
Ans:Whatsapp 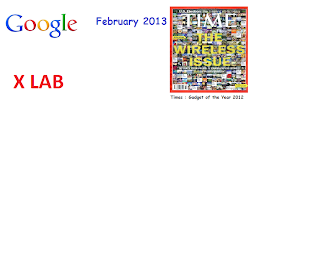 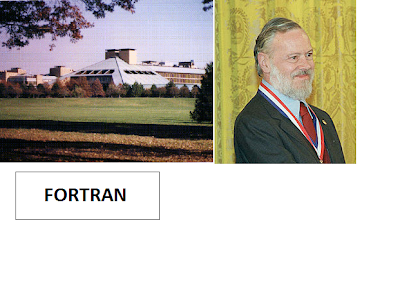 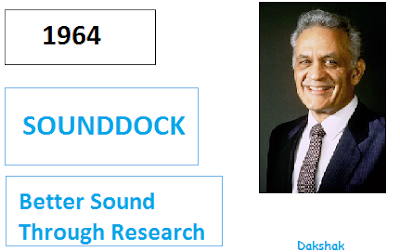 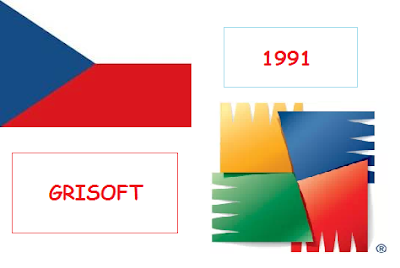 1.Expand STEM
Ans:Science, Technology, Engineering and Mathematics
2.API is a company from which country to which TCS is providing accounting solutions?
Ans:Australia
3.TCS is giving Technical support to project in Nagpur. What is it?
Ans:
4.Which country in Africa continent is given accounting solutions by TCS? Hint : The name starts from ‘Z’.
Ans:Zambia


*Rest of rounds will be updated soon* 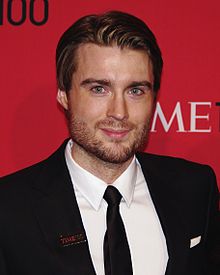 Ans:Pete Cashmore
5.Yammer was acquired by which company in 2012 ?
Ans:Microsoft
6.Identify this app 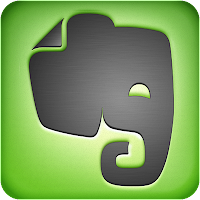 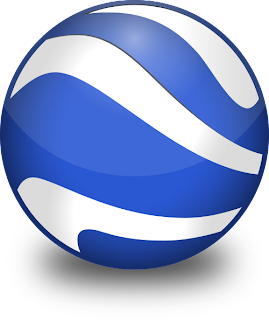 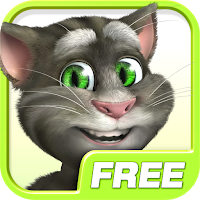 Ans:Talking Tom
9.Which educational institute was founded by Vijay K Thandani and Rajendra S Pawar?
Ans:NIIT
10.It was originally created by Phil Katz in 1989 and was first implemented in PKWARE.Identify.
Ans: .zip
11.X is the practice of obtaining needed services, ideas, or content by soliciting contributionsfrom a large group of people, and especially from an online community, rather than fromtraditional employees or suppliers. Even Wikipedia was also described as X mistakenly. DellIdeamstorm is one of the example for X. Identify?
Ans:Crowdsourcing
12.Expand YAHOO
Ans:Yet Another Hierarchical Officious Oracle
13.Meg Whitman is the Present CEO of which famous compay?
Ans:HP
14.What does ILM stands for ?
Ans:Information Lifecycle Management
15.It is a term that is used to identify the use and collection of computer hardware andsoftware that was used in days gone by. While much of this type of collecting involvessystems and software that was produced since the advent of the personal computer.Identify?
Ans:Retrocomputing
16.This is the old logo of ? 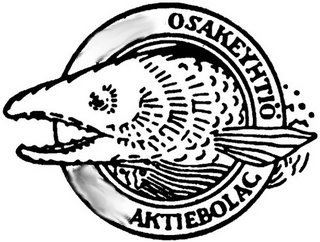 Ans:Nokia
17.It is a web browser developed by Apple Inc. and included with the Mac OS X and iOSoperating systems. Identify?
Ans:Safari
18.It is a brand of e-reader developed by American book retailer Barnes & Noble. Identify?
Ans:Nook
19.It was initially called Oak. it went by the name Green later, and was later renamed what?
Ans:Java
20.Who created the game Angry Birds ?
Ans:Rovio

1.Name the free online travel guide launched by Wikipedia built collaboratively by contributors from all around the globe.
Ans:Wikivoyage
2.Which was the first carmaker to integrate Apple's Siri personal assistant into its vehicles?
Ans:General Motors
3.________ is a way to shut down all Internet traffic. Widely used during the Arab spring.
Ans:Internet Kill Switch
4.This is a kind of cybersquatting and relies upon mistakes such as typographical errors made by users while entering a URL into a web browser. What?
Ans:Typosquatting
5.As part of its initiative "India Get Your Business Online", Google has put which legendary Delhi market, which has been in existence for over a hundred years, online?
Ans:Chandni Chowk
6.If SaaS is Software as a Service, IaaS is infrastructure as a service, then what is DRaaS?
Ans:Disaster Recovery as a Service
7.Which was the first Indian city to have a cell phone network?
Ans:Kolkata
8.The term was first commercially used in August 1999 and was coined by brand consulting firm Interbrand corp. which was hired to think of a name "a little catchier than IEEE 802.11b Direct Sequence." Which term?
Ans:Wi-Fi
9.This term refers to the use of computers and computer networks to political ends, chiefly free speech. The December 2010 attacks by Anonymous on the websites of Mastercard and Visa are a notable example of this. Which term?
Ans:Hacktivism

Read the Rest of Questions here
Posted by Britto at 7:13:00 PM 2 comments:

1.What is the online meeting, desktop sharing, and video conferencing sotware from Citrix called?
Ans:GoToMeeting
2.Identify the person associated with this who is the founder of Intel

Ans:Robert Noyce
3.It is often used as a measure of computer operating system reliability or stability.It measures the time of a machine, typically a computer, has been working and available.Which term ?
Ans:Uptime
4.In the context of disaster recovery,what is th maximum tolerable length of time that a computer, system, network, or application can be down after a failure or disaster occurs?
Ans:Downtime
5.Identify the company

Ans:Karbonn
6.Lenovo, Paypal and few other companies have launched this alliance with the goal of revolutionizing online authentication with an industry-supported,standards-based open protocol that not only makes users more secure but is also easy and convenient to use.What is it ?
Ans:FIDO Alliance
7.Web OS, is a mobile operating system that was earlier owned by HP.It has been acquired by which company now ?
Ans:LG
8.Identify this logo 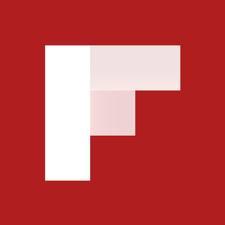 Ans:Flipboard
9.What is the action of recording the keys struck on a keyboard typically in a covert
manner so that the person using the keyboard is unaware that their actions are being monitored called ?
Ans:Keylogging
10.When is the World Backup Day celebrated (March 31, December 31, June 1)
Ans:March 31st
11.Born : January 30, 1925. Died: July 2, 2013, American engineer and inventor who changed computing for life. Who ?
Ans:Douglas Engelbert
12.What is 'S' is SRAM ?
Ans:Static
13.Wishtel is a Mumbai based company which makes OS for BSNL tablets. What is special about this OS?
Ans:Hindi Android OS
14.It is the set of rules that defines the combinations of symbols that are considered to be a correctly structured document or fragment in that language. ( He gave the clue ‘ _____ error’)
Ans:Syntax
15.What was the theme of this Amul Ad ? 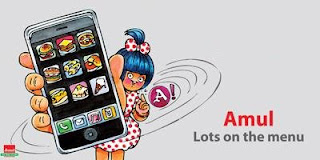 Ans:i-phone 5 launch in India
16.EOS is a product by which company ?
Ans:Canon
17.“Keep Moving” is the tagline of which product? (model no wasn’t required)
Ans:Blackberry Z10
18.It is the process of removing the limitations on Apple devices running the iOS operating system through the use of software and hardware exploits – such devices include the iPhone, iPod touch, iPad, and second generation Apple TV.What ?
Ans:Jailbreaking
19.PCI DSS is a proprietary information security standard for organizations that handle cardholder information for the major debit, credit, prepaid, e-purse, ATM, and POS cards. What is the fulform of PCI is DSS is Data Security Standard ?
Ans:Payment Card Industry
20.Identify this logo (Openstack, Closedstack) 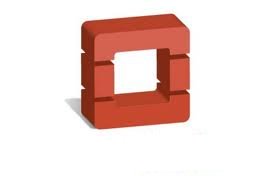 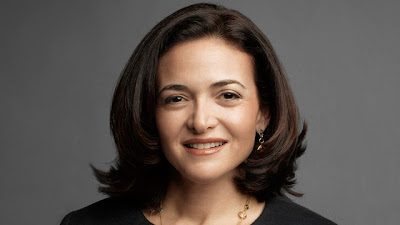 Ans:Sheryl Sandberg (COO Facebook)
2.X is a desktop web browser extension and mobile browser for iOS devices created and developed by Yahoo! The browser made its public debut on May 23, 2012.A copy of the private key used to sign official Yahoo! browser extensions for Google Chrome was accidentally leaked in the first public release of the Chrome extension.Identify X ?
Ans:Yahoo Axis
3. X started as a peer-to-peer file sharing application using the FastTrack protocol licensed by Joltid Ltd. and operated as X by Sharman Networks. It was were originally created and developed by Estonian programmers from BlueMoon Interactive. What ?
Ans:Kazaa
4.Identify this logo 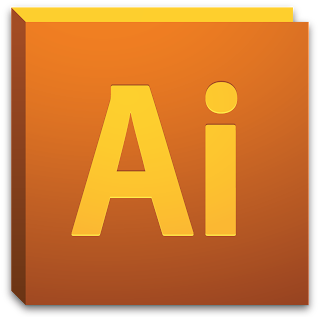 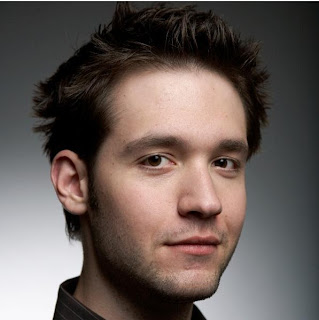 Ans:Alexis Ohanian (Reddit)
7.X is an anagram of 'book'.The company is owned by Rakuten, Inc. in Japan. X was sold to Rakuten on 8 November 2011 and the transaction closed 11 January 2012.The founders of this company are Michael Serbinis ,Todd Humphrey ,Greg Twinne. Which company ?
Ans:Kobo
8.Identify this logo