1. It was Originally developed by a guy named wes cherry .It remained a part of their offerings .What simple thing did gave the world of computing?
Ans.Solitaire
2.It's a region of memory which is called a whole data location while data is being moved from one location to another location. What is it technically called?
A.buffer
3.Entities in the collection, are kept in order & he  principle operations  are usually , addition to this entity list it normally work in a FIFO ( First In First Out) structure?
A.Queue
4.It is a better name by which the world knew the Intel x86  & the reason was it was made compatible with something else , hence this name?
A.WINTEL
5.Xerox developed this between 1973 & 1975 in many way it redefines modern computing.?
A.ETHERNET
6.It was started as a research project at Telnor Telecom?
A.Opera
Audience questions
7.What do you call half of a byte?
A.Nibble

8. It comes from greek mythology for chosing to appear something else.What did the world of computers is this?
A.Trojan
9. Digital media files downloadable on hand
A.Podcast
Experience Diversity
1.Identify him?


2.A particular invention by the English computer scientist named James Plaskett in the mid 1990's is used today by a popular sport to track audio and video.Noices and images that could otherwise be lost.What was he founded?
A.Snicko
3.Who or what is a 'Mouse Potato'?
A.A person who spends excessive amounts of time using a computer.
4.The term was first used in the cyberpunk science fiction written by William Gibson.Which term was thus coined?
A.Cyberspace
5.Bradley chose this key combination because it is practically impossible to accidentaily press this combination of keys on a standard keyboard.Which key combination did David Bradley devise?
A.Ctrl+Alt+Del

1.What is today an offering from TCS at first of its kind fully integrated IT solution....[buzzer]
A.TCS iON
2.Universal Tube announced a joined partnership with TCS in Russia,Ukraine and the Republic of ....[buzzer]
A.Banking
3.Created in 2008 by TCS's innovation lap....[buzzer]
A.M-Krishi
4.TCS actually provided its first solution for a system concern which was Tata's steel.What they provided then was a similar technology which was used....[buzzer]
A.Punched Cards 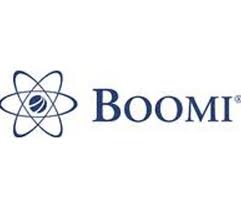 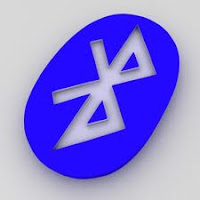 
+    and something related to MindTree

Question 1
15-In 1959 when Hollerith limited took over Powers-Samas,they renamed it as International Computers & Tabulators.
10-It is a software wing of RPG group headquarted in Pune,India.
5-Dr.Ganesh Natarajan is the CEO of this company
Ans:Zensar
Question 2
15-His company was the first.com domain in India in 1996.
10-He is currently chairman of the Govt of India,Ministry of IT Committee in Internet Governance and Proliferation.
5-He is the chairman of the Board of Governers of the Indian Institute of Managemant,Calcutta.
Ans:Ajit Balakrishnan
Question 3
15-this technology was pioneered by John G Daugman,of University of Camebridge Computer Laboratory..
10-It is a form of Person recogination system.
Ans:Iris Technology

1.With which company would you associate the Optimus range of smart phones?

A.Linkedin(Reid Hoffman
4.This is an common error message in internet .Recently a south Indian movie was made with the same title.Identify the movie title or the error message?
A.404
5.In videography we often find figures like 720p,1080p etc.What does 'p' mean?
A.Progressive Scans
6.This man created a website that we all use for ur TCS IT Wiz research. 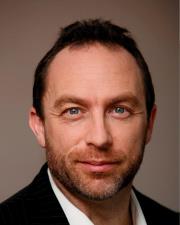 A.Wikipedia (Jimmy Wales)
7.This company was founded in 1970 by Alvin.B.Philips, a former Motorola employee.This company is one of the leading integrated circuit and storage device makers
A.Western Digital
8.Linux-based open source mobile operating system project.It was first announced at mobile world congress in February 2010 by Intel and Nokia in a joint press conference.AMD,Acer and Novell also supports the project.
A.Meego
9.Identify the logo?

A.Picasa
10.What is Nomophobia?
A.Nomophobia is the fear of being out of mobile phone contact. The term, an abbreviation for "no-mobile-phone phobia".
11.The shorty awards are given to the developers of which website?
A.Twitter
12.This tech savvy head of the state uses technology to reach out to her people
A.Angela merkel,Germany
13.Identify the logo?

A.AIM(AOL Instant Messenger)
14.This company is the pioneer P2P file sharing website.Identify the logo of the company?

Ans:Toshiba-Vidya Balan brand ambassador+Toshiba partnered with the United Parcel Service(UPS) to design a better repair process+satelite is the name of their Laptops 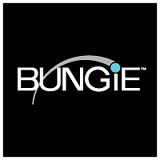 
Ans:XBOX 360-Bungie studios--developed the Halo game for XBOX+photo of J Allard--man responsible for creation of XBOX and Zune+XENON--CPU used in XBOX and also the project codename for XBOX+Livevision--Web cam designed by XBOX
Posted by Britto at 9:52:00 PM 1 comment: