Sampoorna is a school management system project implemented by the Education Department of Government of Kerala to automate the system and process of over 15,000 schools in the state. Sampoorna is developed by IT@School Project using the free and opensource school erp Fedena

I am thankful to Syed Murtuza Hashmi  who shared this questions

1.If you +1 on Google+.Then what is it on Facebook?
Ans:Like
2.An Acquarium inside a Macintosh is called what?
Ans.Macquarium
3.Identify the company?

Ans:Nvidia
4.Name the company which is Tata's electronic store range?
Ans:Croma
5.Sun Microsystems has been acquired by which famous company?
Ans:Oracle
6.Google's service that incoporates social networking,news & chat?
Ans:Google Wave
7.He founded a Anti-Virus company.Which is that company? 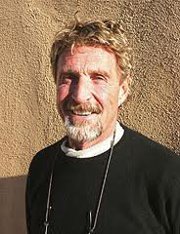 Ans:Mcafee
8. Microsoft's  service that was earlier classified only for US military use & was known as 'Munitions'. Its known by a different name today.
Ans:MSN TV
9.Intelliweb Mouse is by which company?
Ans:Microsoft
10.Its the logo of a Operating System.Which is the OS? 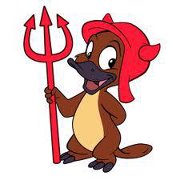 Ans:Darwin
11.Which is the famous device does Foxconn manufacture for Amazon?
Ans:Kindle
12.Expand JAR with filename extension
Ans:Jave ARchive
13. High-bandwidth Digital Content Protection (HDCP) is a a form of digital copy protection from this compnay which is famous for making chips. Identify the company?
Ans:Intel
14.He is the founder of which Indian company? 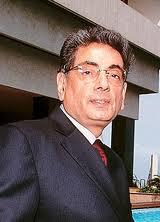 Ans:Patni Computer Systems
15.Chase Bishop  is less known for his innovation for Microsoft. It is one of the prime offerings of Microsoft. Identify the product he designed?
Ans:Windows
16.What was originally to be named '80856' but couldn't trademark it.What was it later named?
Ans:Pentium
17.Two guys at  Percept software started what that revolutionized the world of television?
Ans:IPTV
18.Apple is on the NASDAQ as 'AAPL'.What is it known on NYSE?
Ans:It remains AAPL
Posted by Britto at 4:31:00 PM No comments:


It was created by Tim Howes and Eric Vishria
Posted by Britto at 4:18:00 PM 2 comments:

I have my sincere thanks & wishes for the participant up of TCS IT WIZ 2011 Delhi , Mohammed Wasih, who provided me the question.
Experience Anticipation
1. X is a piece of hardware that plugs into an electrical connector on a loptop,computer.What is it ?
Ans.Dongle
2. X is a system-on-chips series introduced by Nvidia for use on laptops,Smartphones.What is X ?
Ans.Tegra

3.What is a computer network administration utility used to test the reachability of a host on an Internet Protocol (IP) network ?
Ans.Ping
4.GNU  Network Object Model Enviornment ?
Ans.GNOME
5. X  is a simple communications tool used for short messages.This was onc used by doctors in new york to communicate with patients.Identify X?
Ans.Pager
6. X  was one used in world war II to break German crypted codes.This was designed by tommy flowers.What is X?
Ans.Colossus

1. Its a science fiction weapon .It touch two most substance without resistance .It (some are missing) can be deflected by another x called (some are missing). An active one keeps you a (some are missing) hung .It raises in picture (some are missing) move rapidly through air .Bringing into contact with an object called another previewses a cracker.What am i describing here?
Ans.Lightsaber
2.This preson co-founded the first web based application viaweb ,which was acquired by Yahoo! And known as Yahoo stores.He is also the author of on lisp,Hackers & authors and many more.Who is the guy??
Ans.Paul Graham
3.Stack War is a term used to define the conflict of which two IT companies??
Ans.Oracle and SAP
4.Identify the person? 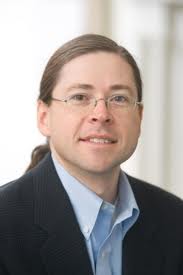 Ans.Jonathan Schwartz
5.What is this? 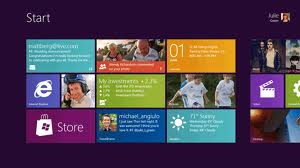 1.It is a huge creation from TCS.It is a first of its kind fully integrated information technology solution which is going to redefine small and medium business .....
Ans.TCS iON
2.In 2008 TCS'sInnovation labs developed this product which ows the (some award ) in the wireless category.It is a product that enables the Indian farmers to receive useful data....
Ans.M-Krishi

Ans.Lulzec(Hackers Group)
Posted by Britto at 7:22:00 PM No comments:

I have my sincere thanks & wishes for the 1st runner up of TCS IT WIZ 2011 Delhi , VISHAL GOLCHA, who provided us the question.
1.